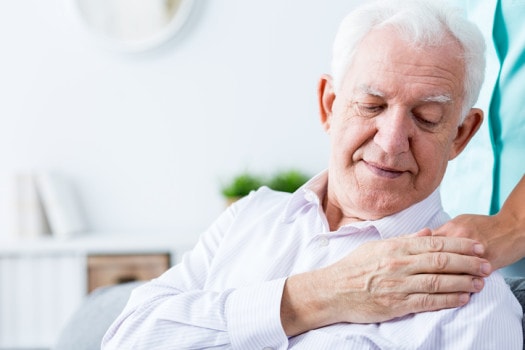 Amyotrophic Lateral Sclerosis (ALS) is a neuromuscular disorder, also known as Lou Gehrig’s disease, which gradually impedes and eventually halts all brain and bodily functions, especially muscle movement control. In recent years, ALS awareness has substantially increased with the help of popular social media initiatives such as the Ice Bucket Challenge to raise funds for medical research. But there are still a lot of unknowns about the disease itself. Every case is different which is why it’s imperative that caregivers take the time to familiarize themselves with the various symptoms and nuances of the illness.

ALS is a very complex and mysterious disease in the sense that there’s a plethora of possible causes ranging from gene mutation to various autoimmune malfunctions, chemical imbalances in the brain, and even the misappropriation of proteins in the body. All of these elements combined with common risk factors such as old age, a long-term smoking habit, gender, and hereditary predisposition can incrementally increase your chances of developing the disease as you get older.

It’s not yet clear what causes certain gene mutations that lead to ALS or why they occur, but one thing is for sure: these abnormalities can cause loss of muscle control. As the disease progresses, most people even lose the physical ability to consume and swallow food which results in malnutrition and dying muscle mass. Elderly people with advanced ALS need proper in-home assistance so that they can perform basic tasks such as feeding themselves and using the bathroom.

ALS patients tend to have an overabundance of a cranial chemical messenger known as glutamate. It kills certain nerve and brain cells, including motor neurons that are located in the spinal cord and brain. The primary function of motor neurons is to control bodily movements and communicate these movements to the brain.

Some forms of ALS can be caused by the misappropriation of weakened proteins in the body. Certain proteins are delegated by the body to help repair and strengthen the motor neurons that are damaged by a chemical imbalance. But the proteins are unable to effectively do their jobs and this results in a surplus of damaged proteins and neurons controlling muscle movements.

Unfortunately, there’s no permanent cure for ALS. Most prognoses are very bleak with an estimated life expectance of about 2-5 years. Some people might survive anywhere between 5-10 years depending on the type of treatments they undergo and the efficacy of said treatments. Of course, these treatments aren’t permanent solutions and they’re only prolonging the inevitable physical and mental decline of the patient as they can’t reverse the affects of the disease. All that can be accomplished through treatment is to slow down the progression of the disease and extend the life of the patient by a few years. Riluzole is the only FDA-approved medication on the market that can hamper, but not eliminate, the progression of ALS. There are also a few physical treatment options available such as breathing exercises administered by your doctor, physical and speech therapy, and psychological, social, and financial assistance.

Caregivers provide more than just basic in-home assistance for seniors living with ALS; they also provide constant companionship, a healthy social outlet, and they establish a compassionate relationship with their charges that’s unmatched by any form of formal hospital care. Home Care Assistance – Kitchener, Waterloo, and Guelph can help find the right caregiver to help your elderly loved one suffering from ALS. Our top priority is ensuring the safety, happiness, and care of your loved one. For more information about our organization, please call us at (519) 954-2111.