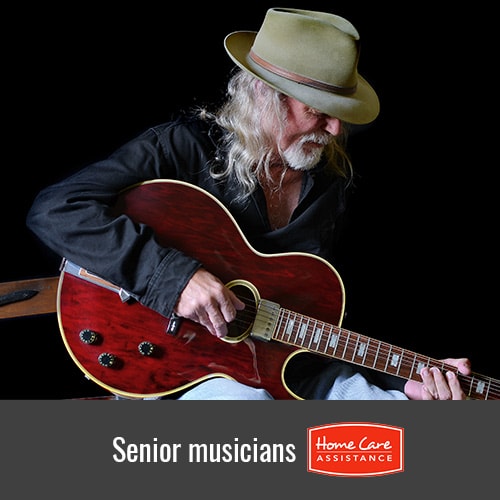 Some well-known musicians decide to retire early, but others have a fire within them that refuses to be extinguished. Canada has produced more than a few famous musicians who are still recording and performing well into their golden years. The staff at Home Care Assistance, a leading provider of home care in Kitchener, believes these artists can serve as an inspiration to other seniors who want to remain healthy later in life.

Born in Ottawa, ON, in 1941, Anka was a 50s teen idol who has recorded more than 120 records in his lifetime. He has built an impressive multi-decade career of writing and recording songs like “Put Your Head on My Shoulder” and “Diana.” In 2008, Anka was inducted into the Canadian Songwriters Hall of Fame, and in 2013 he wrote an autobiography about his fascinating life and career called My Way. He credits his ability to actively perform at his age to taking care of his health, staying in shape, and doing what he loves.

Born in 1945 in Toronto, ON, Young released his first album with Buffalo Springfield in 1966, then launched his solo career 2 years later, which has spanned nearly 50 years and resulted in more than 35 studio albums. In 1982, Young was inducted into the Canadian Music Hall of Fame. Known as the “Godfather of Grunge,” Young claims getting sober, staying drug-free, and not worrying about what people think of him have all attributed to his longevity.

Born in 1934 in Westmount, QC, Cohen is a legendary singer and songwriter who is most well known for his famous hit “Hallelujah,” which has been covered by over 200 musicians in different languages. This year, he announced his new album, titled You Want It Darker, will be released in the fall. Cohen’s passion for routines, staying disciplined, and releasing himself from self-doubt are key factors that have helped him stay mentally fit and able to perform in his golden years with great success.

Born in 1938 in Orillia, ON, Lightfoot is one of Canada’s most successful contemporary folk artists with huge hit songs such as “If You Could Read My Mind” and “Rainy Day People.” He tours regularly and performs every year at Toronto’s famous Massey Hall. Lightfoot believes his strict regimen of working out 6 days a week has helped him stay physically prepared for a demanding touring lifestyle.

Music and other creative outlets are wonderful tools seniors can use to boost their overall wellbeing and enjoy a higher quality of life. If your loved one needs more opportunities to engage in creative activities, reach out to Home Care Assistance. We are a leading provider of live-in and respite care Kitchener, ON, families trust, all of our in-home care services come with a 100% satisfaction guarantee, and there are no hidden fees in our contracts. To learn more about high-quality senior home care in KW, call (519) 954-2111 today.