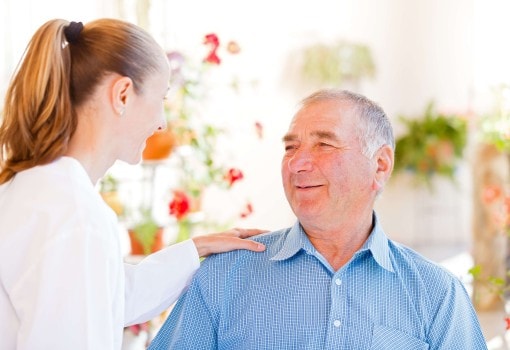 Parkinson’s disease is an extremely elusive illness, and very few people have a firm understanding of what it entails, what the symptoms are, and to what degree it can adversely affect the people who suffer from it. It’s this lack of knowledge about this disease that warrants the quest to constantly find new and interesting ways to spread awareness of this disease as well as appropriate solutions to combat it and help people living with Parkinson’s cope.

What Is Parkinson’s Disease?

To put it simply, Parkinson’s disease is a neurological disorder that prevents messages from the brain from being transmitted to nerves in the body. This often results in the physiological symptoms of Parkinson’s that many people are familiar with including involuntary and unsteady muscle movements that make it very difficult to complete even the simplest daily tasks.

However, Parkinson’s doesn’t just affect people’s motor skills. It can also deplete people’s cognitive abilities and alter their mental states. Many people who suffer from Parkinson’s disease have trouble sleeping at night, which leads to chronic daytime fatigue, memory loss, and mental illnesses such as severe depression. Even though symptoms of Parkinson’s usually manifest themselves when people are in their mid to late 50s and get progressively worse, it affects all genders equally. Early diagnosis is paramount so that seniors especially can receive the appropriate type of care for their Parkinson’s as soon as possible.

There are three effective ways in which you can help raise awareness of Parkinson’s disease:

Talking about something is an underrated, but perhaps the most effective way to raise awareness for any cause. Not only are you actively educating others about a certain issue, but you might also learn a few new things that you might not have previously known. Someone might ask a question that didn’t occur to you previously and this could spark a whole new level of interest for you.

Every cause has a ribbon and colour associated with it that’s designed to spark intellectual conversation and represent the people who are affected by said cause. Silver represents all sorts of neurological disorders, and Parkinson’s disease is just one of many.

Participate in Events that Support People with Parkinson’s

One of the best ways for you to continually show your support for any cause is to either participate in an event or contribute a donation to one. Joining a large community of people who suffer from Parkinson’s disease or any other illness is an excellent way to represent and assist the disenfranchised who need assistance but aren’t sure how to acquire it.

Home Care Assistance – Kitchener, Waterloo, and Guelph is the leading senior care provider in Ontario. We provide a wide range of quality care services to seniors who have suffered various cognitive and physical injuries or illnesses, including Parkinson’s disease. Our professional caregivers are fully trained, extensively vetted, and are prepared to offer either part-time or complete 24-hour care depending on the needs of our clients. For more information on our services, please call us today at (519) 954-2111.