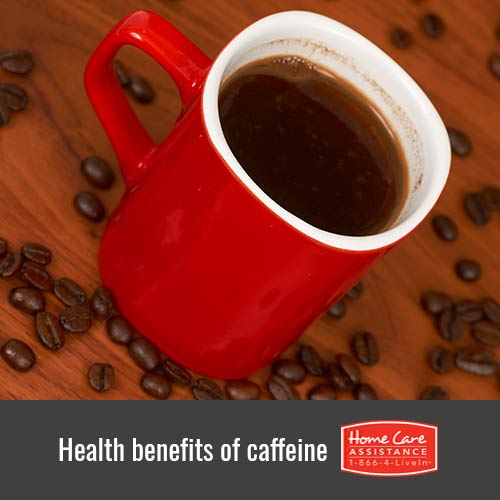 Whether it’s a hot cup of coffee or tea or a can of soda, caffeine is often used as an energy boost for millions of people who need to wake up or stay alert. However, there is more to caffeine than these commonly known effects. Researchers have also discovered connections between caffeine consumption and preservation of brain function in elderly people. Waterloo senior care experts want to share a few of the positive effects caffeine can have on elderly brain health.

Recent studies have proven caffeine can help delay the onset of Alzheimer’s, even in seniors who are already exhibiting mild symptoms. Caffeine inhibits inflammation within the brain, specifically the adenosine receptors, preventing a chain reaction of cognitive deterioration.

In 2014, the University of California performed a study in which adults consumed approximately 200 mg of caffeinated beverages before taking a memory test. The results showed caffeine had a positive impact on memory retention, as the scores of those who consumed caffeine were dramatically higher than those who did not.

Caffeinated drinks not only reduce many of the risks for cognitive illnesses affecting the older population, but they can also boost a senior’s mood. In addition to delaying the onset of Alzheimer’s, moderate caffeine consumption has also proven to be effective in reducing depression, which is not uncommon when seniors are subject to isolation.

Parkinson’s is a neurodegenerative disease that can affect people as they get older by causing the death of specific neurons in the brain. As these neurons die, seniors with the disease lose the ability to control their motor functions and often need assistance from a Parkinson’s caregiver in Waterloo. Interestingly, coffee consumption has been shown to help prevent the effects of Parkinson’s and can possibly reduce the risk up to 60 percent.

A moderate amount of caffeine consumption may help boost your senior loved one’s brain, but mental stimulation from a professional caregiver may prove to be even more effective. At Home Care Assistance, all of our caregivers are trained in the revolutionary Cognitive Therapeutics Method, an activities-based program designed to slow cognitive decline and delay the onset of dementia. For more information on Parkinson’s, dementia, and Alzheimer’s care Waterloo families trust, call one of our qualified Care Managers at (289) 795-0297 to schedule a free in-home consultation.